“Game of Thrones” is a unique series: it captures the viewer so much that while watching it it is easy to forget about sleep and food. The “Games” recipe contains the best ingredients so as not to make us bored: fantasy, drama, intrigue, love, lies, betrayal and only memorable, living heroes.

Since the next season will only be released in a year, blossomideasworld has prepared a list of worthy and similar-in-spirit TV shows to brighten up the painful anticipation. 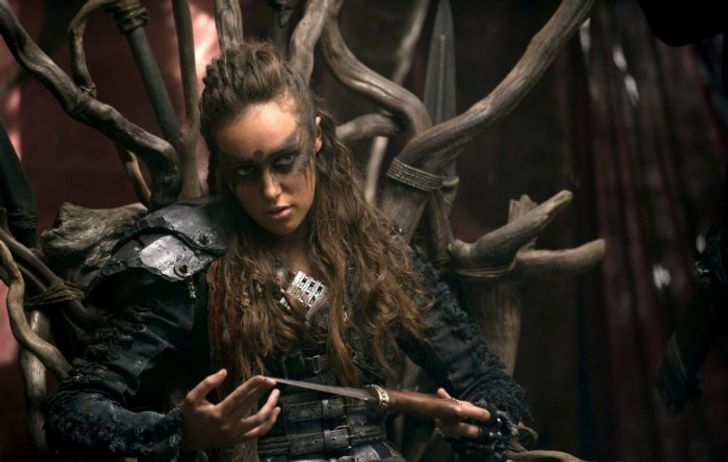 More fiction than fantasy, in genre, but in the variety of characters of the characters and the contradictory nature of their relationship is very similar to “Game of Thrones”. In the story, the entire civilization was destroyed by an atomic war, and the few survivors live in a spaceship in Earth’s orbit. It is from him that a shuttle with a hundred juvenile criminals is sent to Earth. A very entertaining and emotional story about a terrible future. 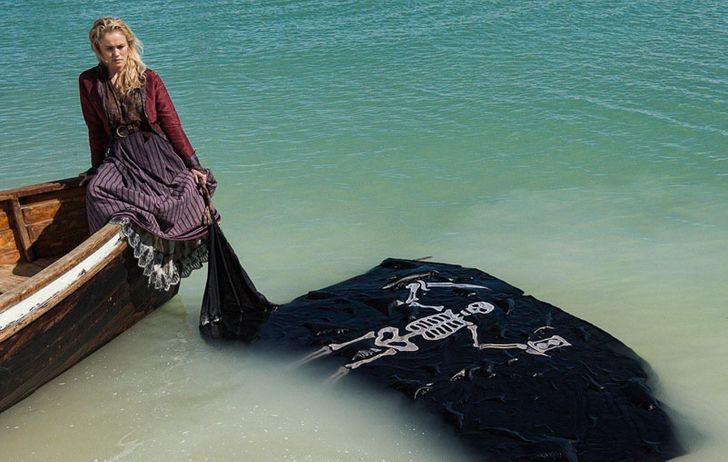 A series about pirate passions that even old Jack Sparrow could not dream of. The picture is very spectacular, completely immerses you in the atmosphere of sea adventures. Serious passions are raging there, and the heroes surprise the viewer with their unpredictability. Who is friend to whom and who is enemy – sympathies change, like a weather vane in the wind. It is very interesting to watch all these actions. 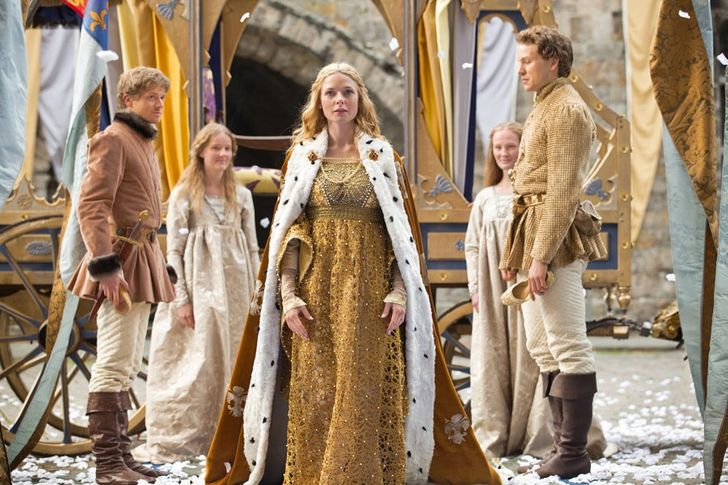 A mini-series that can be watched in one gulp in just a few days. It tells the story of the bloody battle for the throne of England, which claimed the lives of many people. Three dynasties and three great women are fighting for the crown at once. Methods are not important to them, the main thing is the result. Really exciting show, good actors and intrigue, intrigue, intrigue. 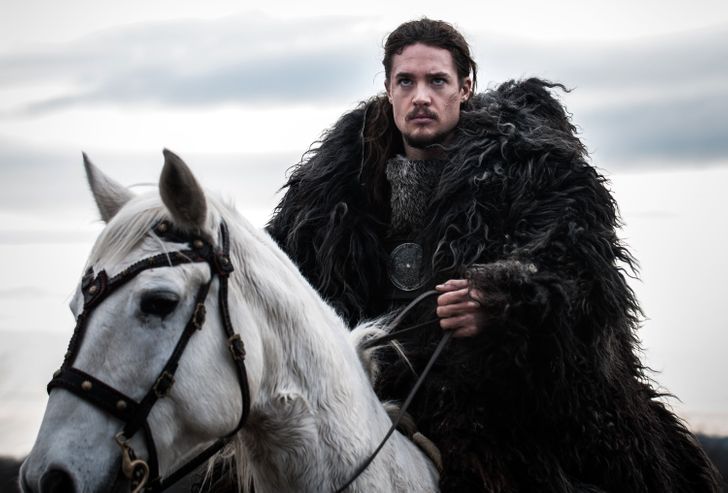 “The Last Kingdom” is called the British answer to “Vikings”. The main character Uhtred – a descendant of a noble Saxon family – was kidnapped in infancy and raised as a Viking. Now the young warrior faces a very difficult choice between the two warring parties. This series is also considered a successful adaptation of the book by Bernard Cornwell, whose real ancestor is Uhtred. 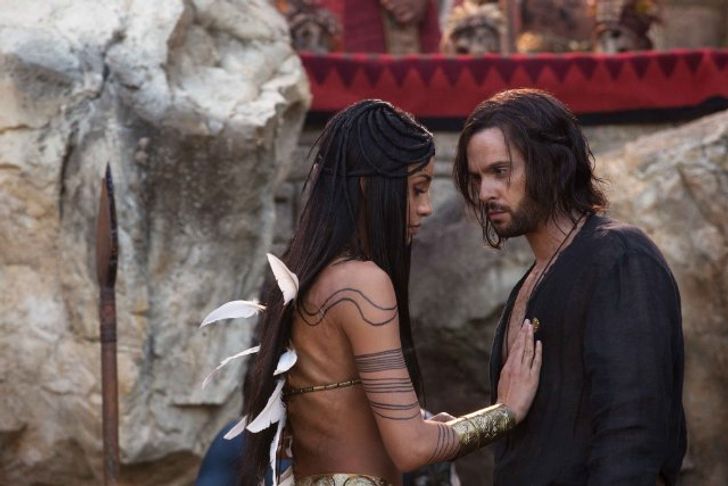 Another historical fantasy, the focus of which is the mysterious genius of Leonardo. But if he usually seems to us a decrepit sage with a gray beard, then in the series he is young and full of strength. Da Vinci is a rebel, a heretic and a fighter for the truth, he has a lot of passion and contradictions. The picture does not pretend to be historical, but guarantees you entertainment and a lot of vivid emotions. 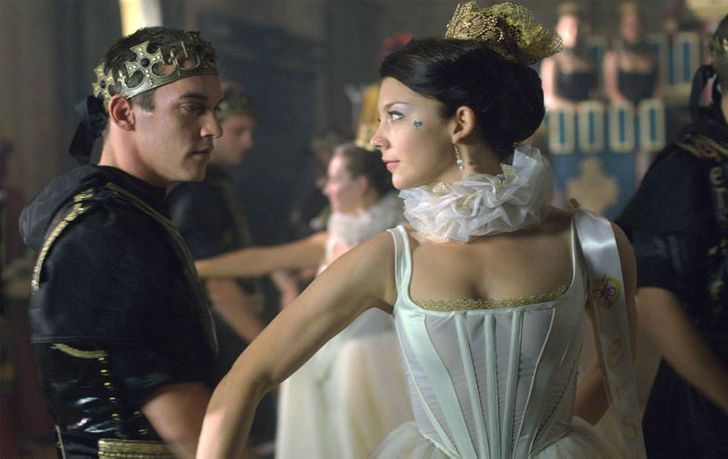 A visually beautiful and engaging interpretation of the history of the famous Tudor dynasty. The series shows the personal life of the English royal nobility, their fears, passions, weaknesses and experiences. Moreover, it is shown perfectly, primarily thanks to good actors who were able to convey the ambiguity of the character of their heroes. 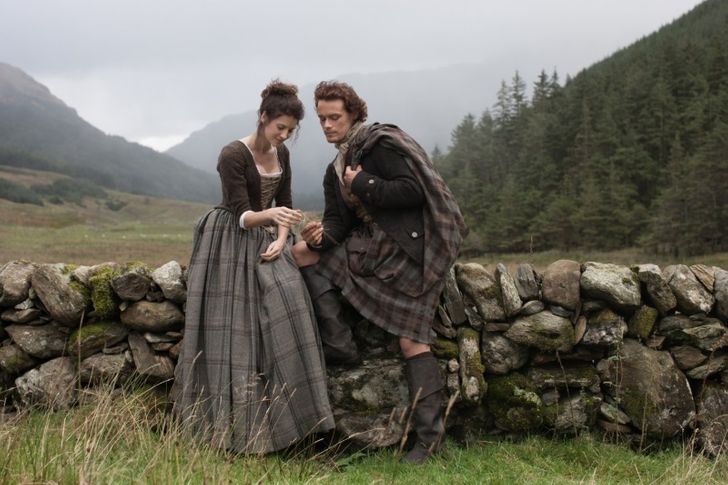 That rare case when the film adaptation is not inferior to the book. The picture harmoniously combines adventure, drama, romance and fantasy. The famously twisted plot will not leave indifferent even a sophisticated viewer: a military nurse of the 40s of the XX century mysteriously moves to 1743. In the future, she has a beloved husband, to whom she really wants to return, but the situation is complicated when she has to marry a Scottish warrior. 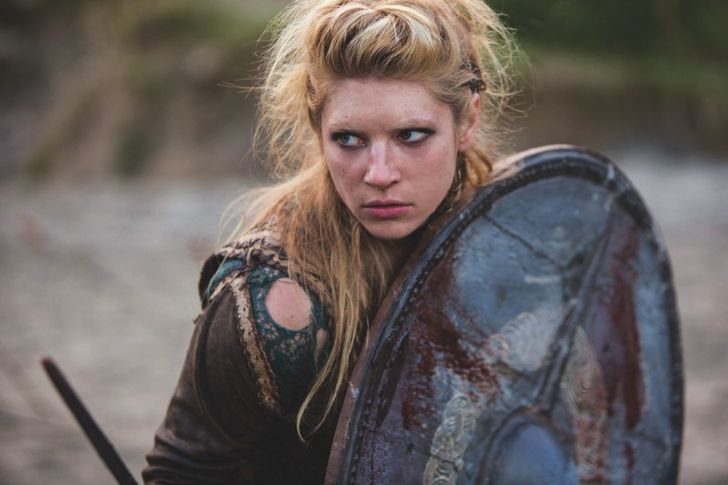 Perhaps the best (and one of the few) series based on Scandinavian legends. The main plot revolves around the Viking Ragnar, his campaigns, raiding raids and his rise to fame. The picture mesmerizes with its gloomy atmosphere, stunning shots of nature, and clothes, buildings and household items are completely transferred to long-forgotten times. Recommended for all fans of ancient Scandinavia. 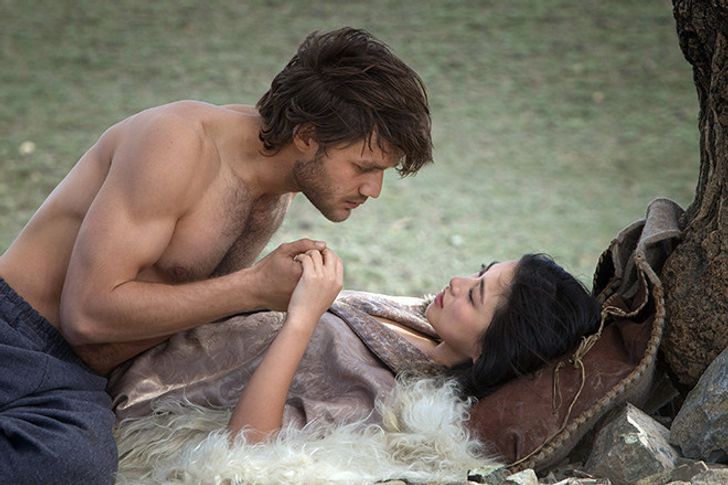 The series is based on the adventures of the famous traveler Marco Polo in China in the 13th century. There are enough conjectures and fantasies in the picture that can hardly be called reliable, but easily interesting and intriguing. Beautiful decorations, colorful characters and traditions of medieval Asia create their own unique atmosphere. Also in “Marco Polo” there are many explicit scenes. 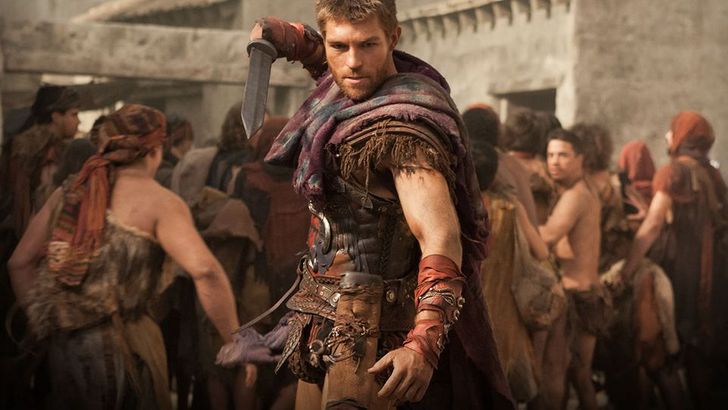 A brutal and dramatic story of the first slave in history to challenge the Roman Empire. Spartacus was separated from his beloved, forced to enter the arena, endure pain and humiliation, but he did not lose heart, he fought to the end. The series is about this. More, of course, about battles, about violence, about death and honor. As a strong alcohol, the Spartak TV series is recommended to be drunk in one gulp and undiluted (several episodes at a time). 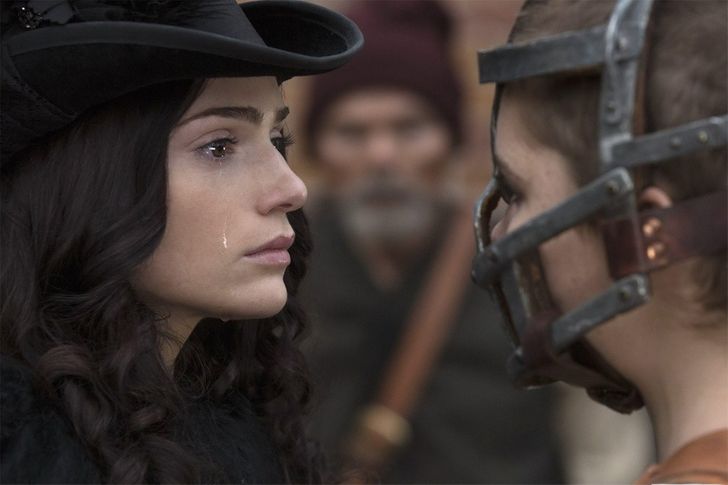 Salem is a gloomy and dirty city, the entire population of which is captured by an epidemic called “witch hunt”. The series tells about one of the most cruel periods in world history, when thousands of innocent people were burned at the stake of ignorance and anger. The creators of the picture present to our attention real witches who keep terrible secrets. In “Salem” there is little historicity, but a lot of mysticism and intrigue that do not let the viewer get bored. 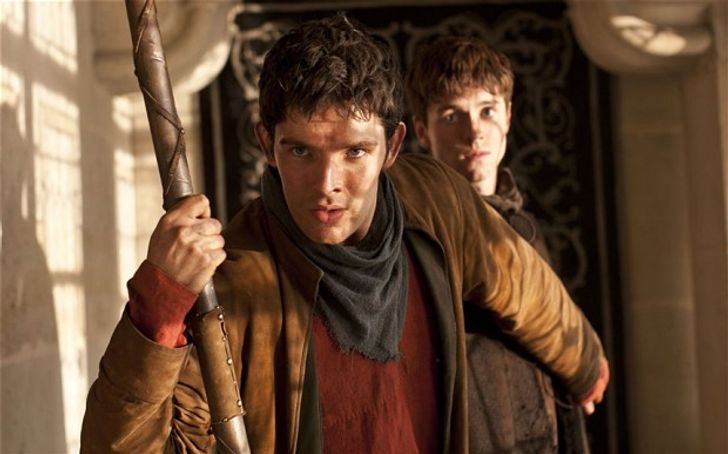 Merlin is a character that hardly needs an introduction. The series tells about the adventures of a young wizard. The picture has everything you need for a cool fantasy: magic, dragons, knights and exciting stories. It’s like “Game of Thrones”, only with a reduced degree of cruelty and frankness. 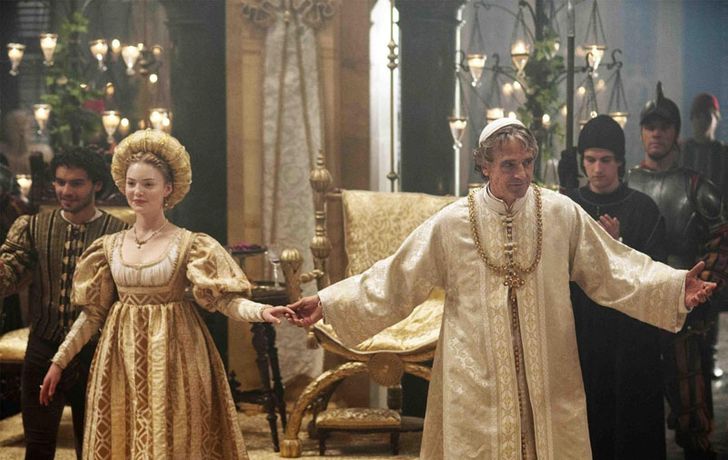 The wicked, depraved and cruel Pope Alexander VI (in the world of Rodrigo Borgia) receives his title in 1492, which begins a period of intricate intrigues, power struggles and bloodshed. His four children, drawn into this game, are also not distinguished by high moral principles. There are many sex scenes, violence and murder in the picture. “Borgia” attracts not only with a twisted plot, but also with a unique atmosphere. 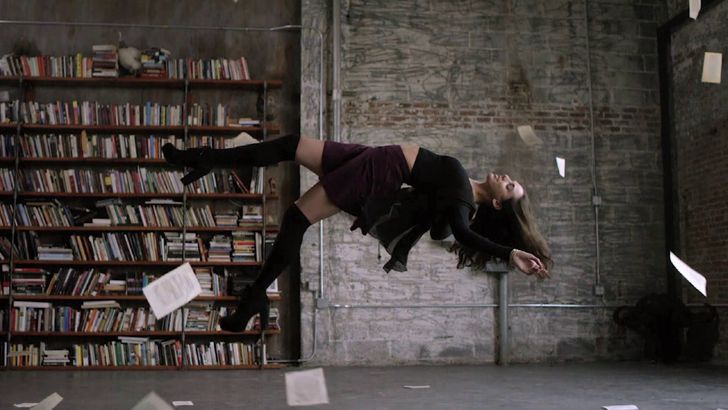 The Wizards tells the story of young people who live in modern New York and study magic. Something like “Harry Potter” and “The Chronicles of Narnia” for mature fans, where everything turns out to be not uniquely rosy. There is a lot of cynicism, irony and dark sides of our reality in it. At times gloomy, but original and catchy story. 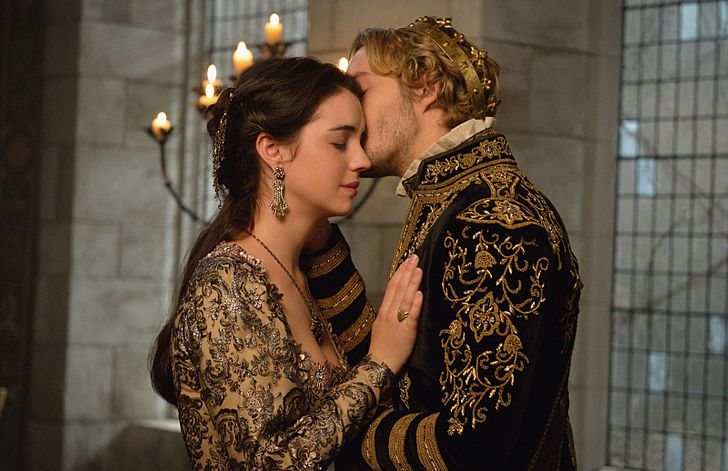 Fantasy based on the history of real people. Queen Mary of Scots spent many years in captivity, but the time has come to lay claim to the throne, which means to enter the slippery slope of intrigue and cunning moves. Gossip, rumors, passions and the dark side of the courtyard are presented in all its glory. I would especially like to note the famously twisted plot and well-drawn, bright characters.

We hope that we have added to your list for viewing. Are we missing something? Then let’s add in the comments!

Back to Top
Close